NICA's 2022 Board of Directors Election Candidates

It's that time of year again! Three nominees have been selected for the 2022 Board of Directors Election: Jacqueline Bradbury, CCE, Bryan Enloe, and Jeff Thornberry, CCE. Ballots were sent out on August 15th to Voting Members. Members without email, non-working emails, or those with a shared email address were sent the election ballot via mail. 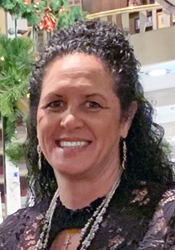 I am a third generation Concessionaire, born in New Zealand and raised in the Carnival Industry in Australia. At 21 years of age I came to the United States to experience and learn how the Industry worked in other countries around the world. When I came to America, I started working for family friends at RCS. Shortly after that I met my husband at the IAFE Convention in Las Vegas, NV in 1995 through a mutual friend. From there we became the proud owners of Sweet Cheeks; my husband Brian and I own and operate Sweet Cheeks, Grandma Herzberg’s Pretzels, The Mac Shack, Hog Daddies, and The Road House Grill on a route that takes us through Texas, Arizona, California, Oregon, Utah, Washington, and Australia.

My husband Brian and I are raising a son and two daughters whom we believe will be the fourth generation of Concessionaires. As a member of NICA, IAFE, WFA, and OABA, I regularly attend workshops, conventions, and work passionately on H-2B concerns. I also support each organization by actively hosting and participating in fundraising events. My work with the NICA West Council and as NICA Board Secretary have increased my desire to serve the Industry through working in more leadership capacities. If re-elected, I would do my best to continue my work on these fronts. 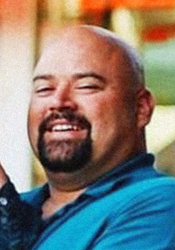 At only seven years old I began chasing those Midway lights, and I knew it was where I belonged. Growing up in the amusement arena allowed me to see the opportunities that life on the road will bring, though many hard lessons were learned at the same time. When I was a kid my family had Carnival games and I helped with some rides as a teenager in various Carnival companies. I switched to Food Concessions and I’ve been working in Food ever since.
Branching out on my own in 1999, I began specializing in Pizza and Fried Treat stands around the Midwest and all the way down to the tip of Texas. Together my wife and I also own and operate The Hideaway at the Minnesota State Fair. We enjoy traveling with our children Joe, Danny, and Grant passing down the family tradition. We joined back when NICA was very first starting out and we’ve been supporters for a long time. I like that they stand up to represent us in the Industry, and the discounts are always a plus.

Something that is affecting the whole Industry is inflation. The cost of goods and supplies has gone way up and it is safe to say that everybody is dealing with that. As a Board Member, I would love to research more benefits and bring them to NICA to help keep costs down, as well as anything that we can do to help the members as a whole. “Together We Can!” 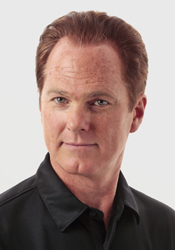 I have been working at Fairs for 41 years, 29 as the owner of Pristine Systems, Inc., dba Gadgets And Neat Stuff. My wife Jo and I work tirelessly to present a unique quality product line in a highly entertaining style at Fairs and Rodeos, with eight shows in total. The friendships and acquaintances I have made within this Industry have enriched my life. More importantly, they have helped to shape me as a person. The stories, adventures, and hard work of my peers inspire me to do better as I continue down life’s path.

I have come to realize that one of this Industry’s greatest strengths is its ability to embrace families as an important part of its infrastructure. In some instances, a family’s involvement within this business can span multiple generations and fill numerous roles. These familial connections are what make our Industry so resilient! If elected, I will continue my work focusing on these “Fair Families” and expanding the representation of Commercial Exhibitors within NICA and the Fair Industry.