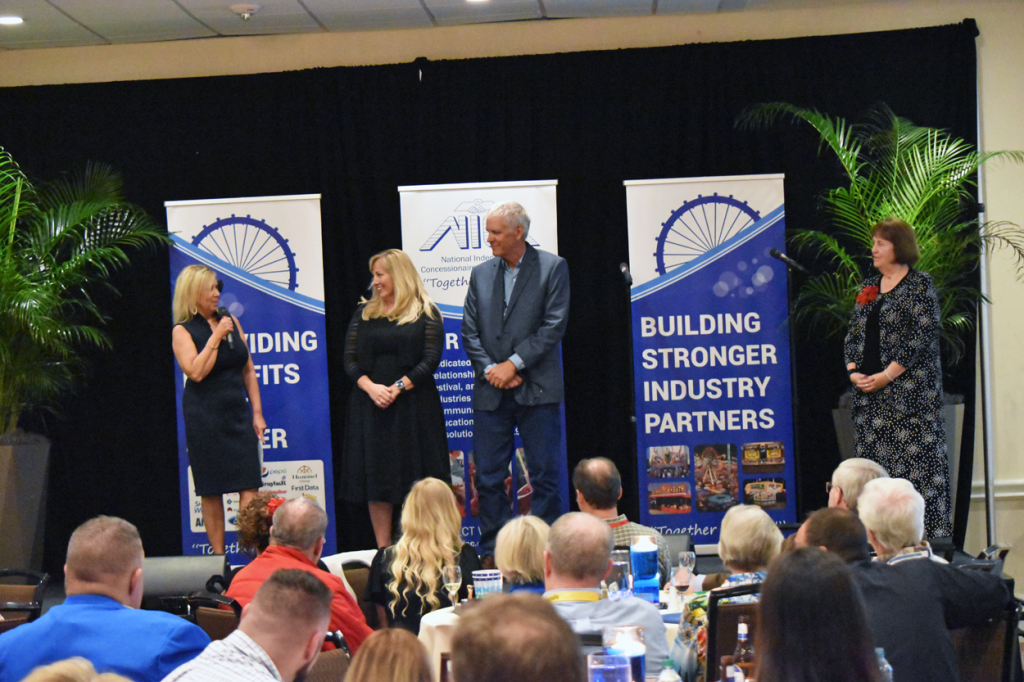 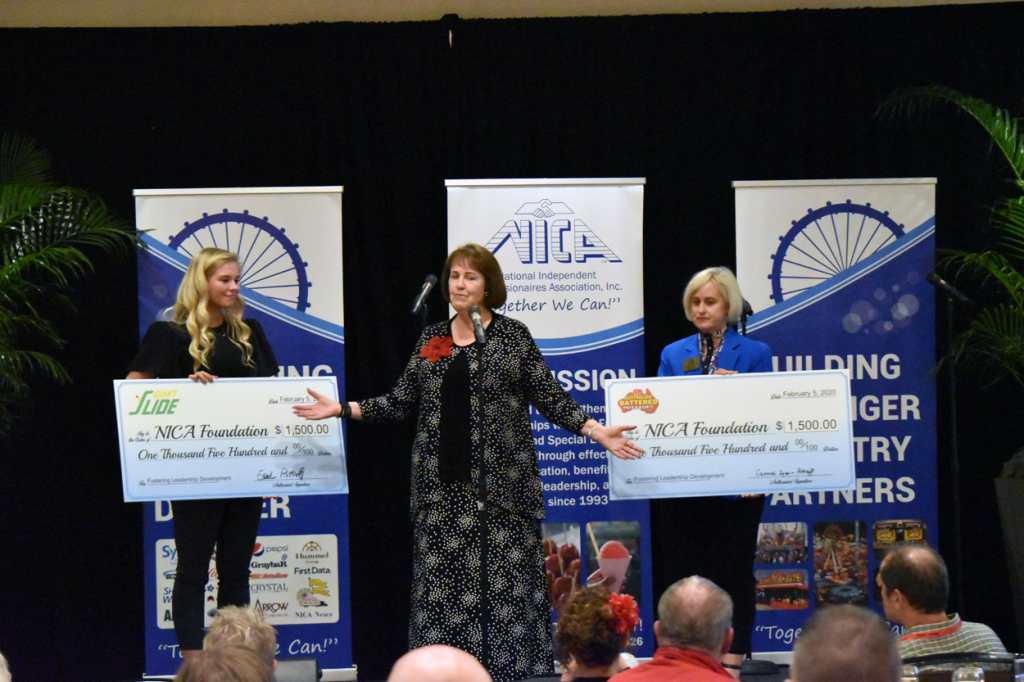 To foster leadership development in the fair and event industries by providing support through educational scholarships and by enhancing training and professional services.

Thank You to Our Generous Donors!

With the financial challenges that many of our students and their families are facing right now, the NICA Foundation is honored to award life-changing funds to so many deserving students. Because of the overwhelming support from our donors in 2020, we were able to not only meet our goal of awarding $30,500, but exceed our goal and award $33,500 to our commendable recipients.

The scholarship application for 2021 now available online at www.nicainc.org/scholarship. Applications must be received in the NICA Office no later than June 1, 2021 to qualify. Start planning the next steps for the next chapter in your life today!

The NICA Foundation is pleased to announce the selection of the 2020 NICA Scholarship recipients. This is an exciting time of year for the NICA Foundation. With the financial challenges that many of our students and their families are facing right now, we are honored to award life-changing funds to so many deserving students. Because of the overwhelming support from our donors in 2020, we were able to not only meet our goal of awarding $30,500, but exceed our goal and award $33,500 to our commendable recipients.

After a confidential and anonymous review of the over 30 applications received, the NICA Foundation is proud to award 18 scholarships.

Congratulations to our Recipients:

“We are confident that our scholarship recipients and applicants will do great things with their education in our industry and/or on their own individual path,” NICA Foundation President Audrey Poole said. “We are so honored to award $33,500 to such deserving students. To fulfill our commitment during this time of COVID will help these students achieve their dreams.”

Applications for the 2021 Scholarship Program will be available in early Spring 2021.

The NICA Foundation Board of Directors is in the process of designing and approving the many things a new corporation must do including building a chart of accounts, creating sponsorship opportunities, generating financial procedures, constructing a website, accepting the Foundation-related strategic goals from NICA, and organizing mission-driven projects.

Right now, in 2021, the most important project is to keep the promise we made to award $30,500 in scholarships. We are proud to say that applications have been arriving every day (deadline was June 1). Once they arrive, the applications are appropriately redacted and sent to three readers who score them. After the results are final, we will present the recipients in NICA News. None of this would be possible without the gift of time and generosity that our members provide at our Fundraising Events. Thank you!

Meet our NICA Foundation Board of Directors, who collectively have 170 years of experience in the Fairs and Events Industries: 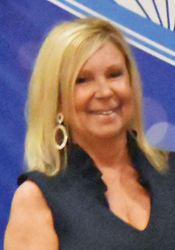 Audrey Poole, has had the opportunity to be associated with the fair industry for over 15 years. Currently, Audrey is the Vice President of Business Development at Fare Foods Corporation, Du Quoin, IL and Tampa, FL; and produces the annual Food Show in conjunction with NICA’s Business Expo during early February. Fare Foods has been a NICA member since 1994, and was built on excellent service and delivery. Audrey’s favorite work activities include working with Fare Food’s customers to develop long-term relationships and all special prints and marketing pieces for their customers. Audrey also serves on the Board of Governors for the Showmen’s League of America.

Audrey has also always been in the food industry, as a member of the executive team for a grocery wholesale company for 24 years. Audrey is honored to be asked to serve as the first NICA Foundation President. For her it is a dream come true. Audrey’s vision and passion will lead the Foundation to grow its scholarship and educational programming. She adds “I am very passionate about scholarship programs, and ways to further assist in the education of our young people; as well as, those who have chosen an alternate career path later in life.” 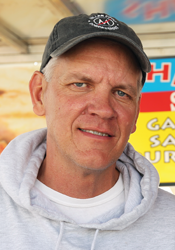 Greg Miller, CCE owns and operates Miller & Company Food Concessions, LLC, Lewisburg, West Virginia, with his wife Janey. Greg served on the NICA Board for 6 years and as NICA President in 2012-2013 and 2014-2015.  He continues to be active in the organization today.

Soon after high school, Greg entered the family-owned John Deere business, and spent a decade working his way through all aspects of the dealership, expecting to someday own the dealership. When he received that opportunity, he ran it for four years before selling, and then found himself intrigued by the concession business. Greg started his operation, selling soft serve ice cream, and since has expanded to several other food products. Today his route includes much of the Southeast and is as far west as Kentucky.

Greg earned his Certified Concessionaire Executive Designation in 2009, and has been a guest speaker at many local, state and national fair conventions. He is also very proud of his three sons, Gentry, Holland and Peyton and their spouses. Greg’s philosophy of life—“walk a mile in another man’s shoes”—has served him very well in life;  especially when managing his concession business and communicating with the Fair Industry. 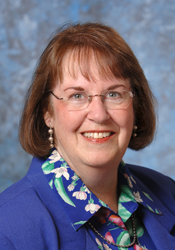 Rey O’Day started her fair career as a young performer at State Fairs.  Then as owner of Wings of Fame Productions, a Los Angeles based training and entertainment production company; she built Costumed Characters and produced or directed hundreds of theme park, fair and special event shows. After being the Entertainment Manager at Busch Gardens LA, she went to work for Fairplex, the home of the LA County Fair, where during 18 years she held a number of key management positions including Assistant Operations Manager, Retail Sales Manager, Entertainment Manager, Director of Food and Beverage, and General Manager of Cornucopia Foods, LLC.

Her food and beverage responsibilities led her to NICA where she served two terms on the NICA Advisory Committee during the 1990’s. In 2006 she began working for NICA part time, served as Interim Executive Director from 2015 – 2016 and today serves as NICA’s Executive Director.

Currently, she also teaches the IAFE Institute courses on “The Principles of Food and Beverage” and “Guest Services,” and is an Instructor at UC-Riverside in “Principles of Event Management.”

She holds a Bachelor of Science Degree in Business Management and a California Community College Credential in Dance.

Rey added, “She is honored to be the NICA Foundation Secretary, proud of the scholarships that we provide, and looking forward to the educational and leadership opportunities we will develop for our members and the Fair Industry.” 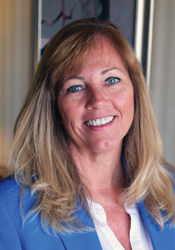 Jennifer Giordano CCE, owns and operates C&C Concessions, La Verne, CA with her husband Ken and family;  a company started by her father-in-law in 1964. It is a cafeteria/barbecue concession business with a route in California. Jennifer’s business strives to have a product they are proud to serve and believes no one should sell anything they would not truly enjoy experiencing themselves.

Jennifer served as a member of the NICA West Council for six years and as the NICA Board of Directors Treasurer for three years beginning in 2015. She earned her Certified Concessionaire Executive designation in 2018. She has also participated in many Communication Committees at the fairs she works on the West Coast. Jennifer believes in our industry, and in the need for open and honest communication, among concessionaires, fairs, and employees. In her Board confirmation letter she delightfully added, “I am looking forward to great things.” 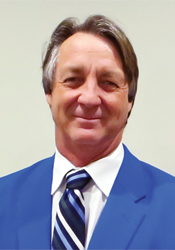 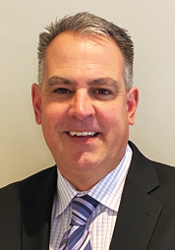 Mark Lancaster brings 25 years’ experience in the outdoor event industry as the President of Vista Mobility Inc, a company his father started in 1987. Mark graduated from St Nobert College in Green Bay, Wisconsin in 1992 with a BA-Finance degree.

After graduation, Mark joined the theme park division for his fathers’ company. A year later, he launched the outdoor event division where he developed and specialized mobility equipment programs to assist state fairs across the country. In 1995, Mark and his father were the pioneers of handicap scooters to the outdoor event industry. Through hard work, passion, and involvement with NICA, WFA, and IAFE, he has developed a solid foundation of 40+ clients across the U.S.

Mark’s experience, relationships and charisma will be instrumental in exposing vendors across the country to the benefits of The NICA Foundation and the importance of continued support and donations. Mark observed, “Educational scholarships, training and support are essential for the success of our industry.” 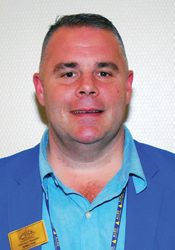 Vincent Nelson, CCE is a third generation Concessionaire and he has "been on the road [his] entire life." He started helping his parents when he was around 12 years old and explains that he knew from a young age that he wanted to have a pizza trailer. In 2001, he purchased his first pizza trailer and it has grown from there. With the help of his wife Linda, they have grown their business to eight Concession stands, operating most weeks in the Northeast from April to November. He says that his two children, Gabriella, 13, and Vincent, 9, are showing interest and helping as much as they can. "Some day soon they will be behind the counters helping Linda and me run our business."

Vincent has served as Council member for the past four years and a Board Director for the past three years, beginning a new term in 2021. He currently serves as the 2nd Vice President of NICA. Reflecting on his service he states, "I have learned a lot about myself, my business, and the members of NICA. Serving on the Board of Directors has helped me in many ways. It has made me a better leader, not only in my Concession business, but I now also serve on my local Town Board as a Council member. I love the Fair Industry. I have built friendships with Fairs, Festivals and lots of NICA members and non-NICA members." 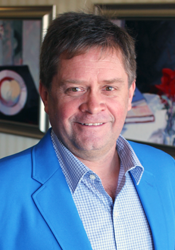 Daryl Whicheloe, CCE grew up in England. After spending four years in college to be an engineer, his father suggested he spend six months traveling before he gets serious about working in his engineering company. Since his aunt and uncle lived in Oregon, he thought that would be a good place to start. Daryl's uncle had a small Concession business and also sold sunglasses and cowboy hats, something he knew nothing about. After one day at the Fair, he loved this Industry and spent the whole summer working the Fairs. He explains, "I became partners with my aunt and uncle after a couple of years and later went on my own."

Daryl met his wife Kristen at her family’s meat company that we purchased product from and raised their three children in the Fair Industry. They feel they learned a lot about business and life from the experience.

He states that he has been in the business now for over 30 years, living in Oregon and doing Fairs and events in Oregon, California, and Washington. His typical menu is kurly fries, corn dogs, sausages, and burgers, with a few funnel cake locations. "I truly love this Industry and the people involved in it, and I feel blessed to be a part of it.”

Donate to the NICA Foundation Today

Contributions of any and all amounts will be considered. To use a credit card, please use the Donate button below. For all check or money orders, please submit them to NICA Foundation, 1043 E. Brandon Blvd. Brandon, FL 33511. Thank you once again for your generous support and dedication to the mission of NICA Foundation.

NICA Foundation is a non-profit, exempt charitable organization under section 501(c)(3) of the Internal Revenue Code – Tax Identification Number 84-2778496. No goods or services were provided to you in consideration for your generous contribution. Your contribution is tax-deductible to the full extent allowed by law.